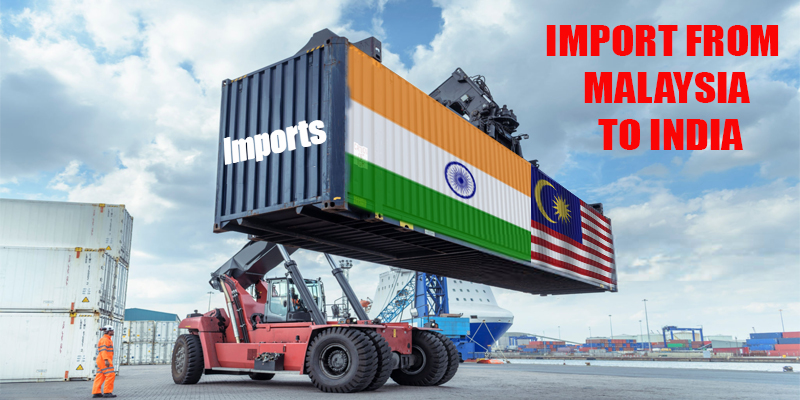 The import and export system between the Malaysia and India are quite famous especially when it comes to products of sugar, palm oil, buffalo meat, onions, etc. the trading between the 2 countries are quite known among the world trading system. But recently there has been a downfall between the 2 countries where India is concerned about the global price drop and is not willing to do any import business with Malaysia. Whereas, Malaysia would love to continue doing business with India.

Products Imported from Malaysia to India:

These are few of the imported lists mentioned.

Conflict between India and Malaysia:

In the recent news it is discovered that New Delhi, India has been restraining Malaysia to import goods from India since India is having a hard time to export goods because of the weak global prices. But Malaysia however would like to try continue importing sugar and also buffalo meat from India.

Malaysia’s exports to India were worth $10.8 billion in the fiscal year which ended in 31st March and the total imports are $6.4 billion. Mr. Hasmy Agam who was a former Malaysian diplomat stated with sadness that India-Malaysian relationship is not in a proper relationship that the relationship is currently low point and has also stated with hope that the foreign ministries of both the countries should innovate something that can apparently join both the country ties together.

Malaysia tries to import more sugar and buffalo raw meat from India where as a fact India is trying to even stop importing palm oil from Malaysia since the country has been criticized for their functions in Kashmir. Malaysia is the 2nd largest producer of palm oil after Indonesia.

The production of Malaysia’s palm is up to FCPOc3 where the standardization has become a loss. The Ministry of Primary Industries in Malaysia has decided to have continuous connection with India since Malaysia’s 3rd largest export destination for palm oil and palm-based products are worth for 6.84 billion ringgit ($1.63 billion).

There was an announcement from the primary industries ministry that after the Prime Minister of Malaysia Tun Dr Mahathir Mohamad said on Sunday that his remark on Kashmir which has been “invaded and occupied” should not be escalated and made a cause for trade war between Malaysia and India. He has also mentioned the trade war between both the countries and mentioned that it will be a loss for both the countries if they continue to have misunderstanding and also stated if India is ready to only accept one-way Malaysia’s trading by only exporting goods.

In spite of all the misunderstanding’s and India’s statement of not doing any more business with Malaysia, Malaysia is quite keen about doing trade with India. It is mentioned that companies in Malaysia are allowed to import more products from India by borrowing some capital according to MICECA which is the Malaysia-India Comprehensive Economic Cooperation Agreement.

The reason why Malaysia would like to continuously trade with India is because India was Malaysia’s 3rd largest export market of palm oil which the export value is around RM 6.84 billion which accounts to 10.1% and therefore, Malaysia is an important trader for India and this shows how much India is important to Malaysia.

For the past 6 decades there was continuous trade system and stable relationship between India and Malaysia. Mutually both the countries were having strong relationships and currently Malaysia continuously is still open to have trade negotiation and India is concerned with the trade imbalance between both countries.

Import business to start from Malaysia to India:

Currently it is understood that India does not want to do any business with Malaysia since India is concerned with the global coast reduction. But Malaysia is quite persuading and looking forward to do trading business with India. But in future if the Indian-Malaysian relationship continues to be smooth then the Malaysians who needs to import to India should have good knowledge and should be beyond awareness of the Indian export and import markets and what type of products India would like to do business with.