Are you planning to start a small business in Penang? If your answer is positive, then you must know about Penang. Though Penang is a small state in Malaysia it is claimed to be one of the best and largest economies in the country. Penang is also continuously known as the least unemployment rate in the country with the rate of -2.1% in 2017. Penang is the top destinations in Malaysia for foreign investors. According to the records in 2017 this state is known as the largest foreign direct investment (FDI). George Town was known to be ranked as the most attractive commercial property in the country. This rank was even higher than Kuala Lumpur.

The economic growth of the country has been continuously increasing. In the country, it is known as Bloomberg which means Malaysia’s Biggest Economic Success. Though the federal government focuses on other states such as Johor and Sarawak, Penang’s economic reports proves to be the state to be more considered than any other states in the country. Malaysia is globally known to give various business opportunities to foreigners and in this case, there is no exception to the city Penang which is the main state of welcoming foreigners to invest money to start a business in the state.

Here are some of the small-scale business recommended for local and foreigners who want to do business in Penang, Malaysia.

home based business has been a growing industry in the work field where it all started with mother than to side business and now to the main business. An online business can be done in any time and anywhere. In this generation, it is the recommended way to work and start a business. Onsite work is now in reprocessed thoughts these days since now organizations have been thinking more about employees working at their place.

Everyone which includes mothers have also been working over the years and they do not have the time to clean or be a home maker. It is hard to get an extra service especially these days since the job vacancy is increased but there are no employees to provide these services. therefore, cleaning services is one of the recommended small businesses to start in Penang.

Cleaning services is always there in the recommended list to start any small business in any country since there are people around the world looking for a person who can clean their place and help them with their house chores.

Food is the most important thing for a human being. It represents the daily life of a person. Food business can be successful in any part of the world, it can be large or a small-scale business but it is successful if you know your audience. In Malaysia especially in Penang food is a good business since the state is occupied but multicultural people who love venturing into various difference and loves enjoying different cultures and traditions.

In a culture, food plays an important role for which it is recommended to open a restaurant of one specific type since it is a small-scale business. Some of the types of restaurant which you as a foreigner can open are Indian type, Chinese type, Malay type and any type of fast foods.

There are some who would like to have a pet especially having a man’s best friend. But where is the time to spend with the pet. Hugging and sweet talking with the pet will not be enough for the pet. Especially dogs, they are unlike the cats, those animals are extrovert and they like to spend time even outside their home. There are plenty of people who are looking for a pet caretaker during their absence and also pet walker for early morning walking.

There are only few cases who would prefer to take their animal out for an evening walking since they home people need to rest at evenings after work. It recommended for a foreigner to start a small-scale dog walking business in Penang because it is known that there are lot of residents in Penang who owns a pet dog and looking for people who could take them out for a walk.

Yet another small-scale recommended business in the state. You can start the tuition business by opening a small building hiring various lectures and teachers and give them the transport facility so that they can go to the students place and teach them for 1 or 2 hours irrespective of the students, parents and lecturers agreement. It is mostly recommended to have teachers who are willing to teach children in their home itself since the parents prefer for their children to be thought at home itself.

Planning an event can be done on both a large and small scale just like a restaurant business. but as always it is recommended to do a small-scale business for the beginning. Event planning is a vast market which can be done for various occasions such as a wedding, birthday, baby showers and many other events. Event planning has been a growing business in this state.

Read Also: How to become a successful entrepreneur in Malaysia?

Penang is the most recommended place to visit in Malaysia because of its best landscape and also it is a place of adventure. Apart from its environment, the place is to visit because of its culture and diversity. This state has many cultural festivals compared to other states in Malaysia. Penang is famous to know since it has various days of public holidays. 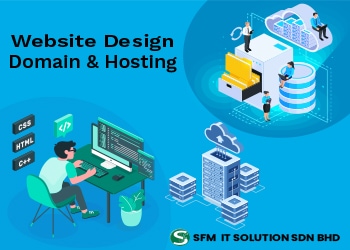