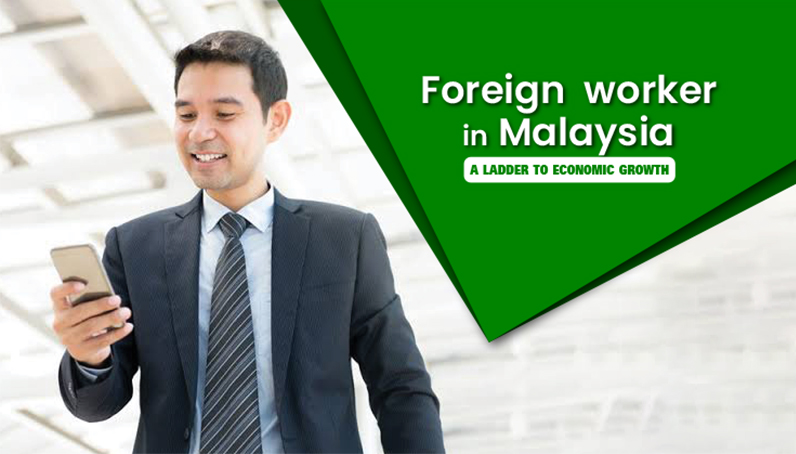 Malaysia, a south East Asian nation has already earned the reputation for their fast growing economy in world business. When analyzed the core source of this rapidly growing economy, it has been seen that the country mostly relies on labor forces. Along with native workforces, the country welcomes a huge number of foreign workers in Malaysia to develop and strengthen the national infrastructures.

Foreign workers put a big footprint on this vast economic development in Malaysia. In current date each international worker in Malaysia contributes their utmost efforts and skills to build up the Malaysian economy, as a result, placing the nation to a state of appreciation before many other developing nations.

Why Malaysia is preferable for foreign workers?

The tradition of foreign workers working in Malaysia is not a new thing here.  The foreign enforcements are working since the pre-independence time of this nation. During that time the Chinese took a bigger interest to work in tin mining and manufacturing industries and Indians found their way to the rubber and palm oil plantations in Malaysia.

Over the time the policies and rules have change for international workers. The past history, however, was not that much delighted for the laborers and Malaysia has been questioned over many years for labor discriminations, overworks, underpay and even physical abuses.  However, rules are now much consolidated and labor laws are now way more in favor for foreign workers working in Malaysia. Moreover, various insurance and welfare policies and packages made current Malaysia far more enticing destination for work.

Now the rate consists of more than six million foreign workers in Malaysia which count more than 18.5% of total population of Malaysia. Currently the foreign worker quota itself counts more than 35% of the total workforce actively working for various companies and employers in Malaysia. Most of these workers find their employments in plantations, agriculture, construction, manufacturing, and various other small services.

The reason for ready availability of labors in Malaysia is its convenient immigration process. Flexible work areas and sober remuneration, the majority of which they can transfer easily to their family back at home. There are many strong reasons why in spite of 3D (Dirty, Dangerous. Difficult) type job Malaysia is still one of the foreign worker’s hotspots.

One of the reasons is wide Job opportunities are available along with various government welfare projects which is applicable for skilled, unskilled and less educated employees.  Furthermore, due to the global diversity and huge boom of tourist industries, the workspace has been created in those sectors as well. Certainly, those scopes are far more exciting for laborers. Lastly, the government put great efforts to keep up the living and working conditions for overseas workforce.

They have come up with compulsory social welfare and safeguard packages for foreign workers like SOCSO, MHI or Medical Health Insurance packages, EPF scheme or Employee Provident Fund, Workmen’s Compensation Scheme, and many more.

Contribution of foreign worker in Malaysia

As already highlighted earlier in this article, foreign workers encompass more than 35% of the total work fork force in Malaysia. The contribution is therefore obvious as far as the economy of Malaysia is concerned.

Foreign worker Malaysia is highly prioritized as they can be deployed at any time and in any given location in Malaysia. The contributions of laborers come up in either skilled or unskilled basis, in both ways they have a big hand in uprising the Malaysia economy.

The participation of the foreign employees in 3D categories’ of job is mentionable in this point of the article. 3D refers to Dirty, Dangerous, and Difficult. Overseas labor force, especially those took the labor immigration permit from most of the Asian nations, such as the Philippines, Indonesia, Myanmar, India, Bangladesh etc. are mostly deployed for works which involves agriculture, manufacturing, mining, construction etc.

However, some are lucky enough to make their way to cook, waiter, cafeteria management or tourism related works. Nevertheless, big chunk of foreign workers in Malaysia put their relentless efforts every day to keep the wheel of the Malaysian economy rolling throughout the year.

The process of hiring foreign workers in Malaysia

Malaysia took a great attention on the major revenue that is adding up to the national treasury generated by foreign laborers working relentlessly in this country. So, their contribution towards Malaysia’s economic growth is absolutely undeniable.

Oversees worker here are pre-appointed once applied for a job of any position in this nation. The employer here plays a vital role of short listing, selecting, determining the curriculum activities, health conditions, and finally handling the required paperwork of any foreign labor they are interested to deploy.

Another process employers choose to appoint foreign workers in Malaysia is by establishing their own company in this nation. The company however, needs to be a labor orient business, such as manufacturing, Construction or agriculture industries.

Malaysian government highly appreciates entrepreneurs and put a great compensation for any individuals who tries to register a Private Limited company in Malaysia. Here, in this case, employers can appoint foreign laborers with convenience for new companies in Malaysia.

Where in Malaysia most foreign workforce is deployed?

The answer you must be wondering is Kuala Lumpur, which is the capital of Malaysia. So far most of us have heard that Kuala Lumpur is the business center of Malaysia. This is a true statement but that doesn’t make Kuala Lumpur the biggest hub of foreign workers in Malaysia.

In fact, the capital city occupies very little foreign workers, and whoever managed to settle down in the capital city are probably have a little bit better earning source than the odd works allocated for Most of the other immigrant workers in Malaysia.

Most of the foreign employee seems to get appointed from Sabah state in Malaysia. This is because the workers prefer the wide diversity of culture of this area and is much nearer to the nearby countries like the Philippines and Indonesia.

Moreover, Sabah is a much more agriculture oriented state, where laborers needs are compulsory to manage and manufacture goods for national and international demands. So, naturally, this makes this province one of the most demanding states in Malaysia. With this in mind, this state creates maximum work scopes for foreign worker in Malaysia.

Other states in Malaysia like Selangor and Johor are also two of the big hubs for overseas employees. These two states along with Sabah occupies around two third of total foreign workers in the country. Rest lies in a scattered manner in provinces mostly in Kuala Lumpur, Penang, Sarawak, and Pahang.

Check out how to get a work permit in Malaysia!